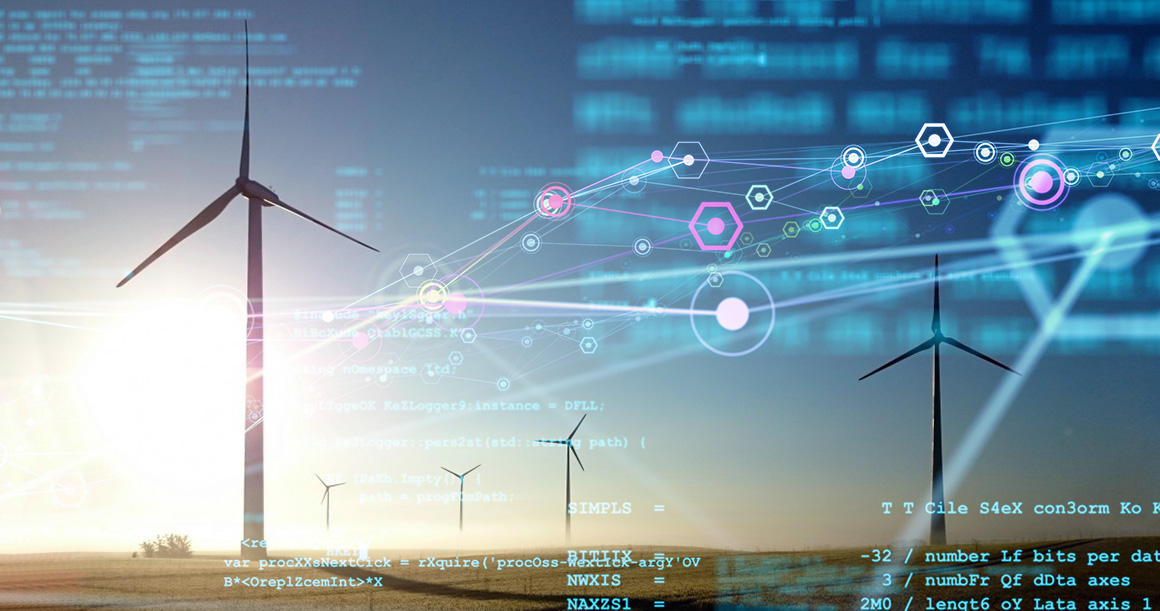 As power grids fill up with renewable energy, electric vehicle charging stations and customer-owned generation, they will become too complex and fast-moving for their human operators to keep up with, a group of international researchers warns.

With the proliferation of low-carbon options, “the grid becomes exponentially more challenging to operate,” said Jeremy Renshaw, EPRI’s AI director. “Grid operators are already stretched to the limit. Getting AI resources to help is going to be critical.”

That judgment has been reinforced, Renshaw says, by an ongoing international competition called L2RPN (for “Learning to Run a Power Network”) challenging AI developers to invent software that keeps a simulated power grid from crashing in emergencies.

The stakes are high: Maintaining grid stability is already a knife-edge task as operators juggle climate hazards, cyberthreats, and an avalanche of connected devices like rooftop solar panels and smart appliances. But in the conservative electric power industry, AI will have to prove itself, Renshaw said. “It’s going to be anywhere from five to 15 years before we see widespread adoption,” Renshaw said in an interview with E&E News.

In the meantime, the race is on to create AI programs savvy enough to steer the future grid. The second round of the L2RPN competition last year attracted 300 contestants worldwide, including teams from the U.S., China, Russia, Colombia and Singapore. A new, expanded round is underway.

More interest in embedding advanced computer decisionmaking into the grid was evident in a recent virtual EPRI conference that brought together a cross-section of U.S. utilities and developers of computer systems, EPRI says.

But entrusting computers and AI to make split-second operating decisions in grid emergencies is still a tall order, Renshaw said.

“It’s very optimistic to say we’d be ready to deploy [that capability] in five years. This is really cutting-edge stuff,” he said.

“Trustworthiness in AI is a huge issue,” said Massachusetts Institute of Technology professor Koroush Shirvan, speaking at the EPRI conference in May.

The power of AI in grid control rooms was vividly demonstrated in last year’s L2RPN competition, the organizers reported in March.

Most people can do two things at once — the “walk and chew gum” benchmark. The cleverest can handle three different tasks simultaneously, the report noted.

“This is a sign of methodological breakthrough beyond traditional approaches,” the report said.

Machine learning systems eventually fail in some emergency scenarios humans could probably solve, so AI should be paired with human controllers, the report added.

The power of this method was dramatically demonstrated in 2016 during a game of Go, witnessed by millions over television, when Google’s AlphaGo AI program decisively defeated South Korea’s Go master Lee Sedol. The complexity of the Go board game, with its unfathomable number of possible moves, was considered by some to be too much for a computer software program to absorb.

But as The Atlantic magazine reported, the test pitted Sedol, equipped with a human brain and about 12 ounces of coffee, against a Google team of 100 scientists and an AI program that steadily improved by playing itself millions of times, learning which move sequences produce a higher percentage of wins.

With that challenge in mind, researchers at the Energy Department’s Pacific Northwest National Laboratory and their partners have developed an advanced operating program for the Midcontinent Independent System Operator (MISO), which delivers electricity to 42 million people across 15 central U.S. states and Canada’s Manitoba province.

As PNNL research scientist Feng Pan explains, the software sharply speeds up MISO’s decisions on which of 6,726 separate generating plants in the vast region will be running every hour of each coming day, by choosing the least expensive of the competing bids until enough power is scheduled to meet the forecast demand.

The choice is vastly complicated by “security constraints” that limit power flows on MISO transmission lines to keep them from overheating, Pan told E&E News. A generator that may be cheapest could lose its spot in line if its electricity would overload power lines in its area. There are roughly 15,000 such restrictions in MISO’s day-ahead market and nearly 300,000 data sources of system activity, creating a huge computational problem for the machine learning program. It will only become more time-consuming as variable wind power and storage become dominant in MISO, researchers say.

“There’s just a long list of complications, and it’s putting quite a bit of strain on the ability to solve these problems in an appropriate amount of time,” said Edward Rothberg, chief executive of Gurobi Optimization LLC, an analytics software firm based in Beaverton, Ore., and part of the PNNL team for the MISO project, dubbed HIPPO.

When natural gas generator operators place a bid to deliver power the following day, they may not have purchased the natural gas needed to actually generate power, and won’t do so until they know their bid was successful, said Rothberg.

MISO’s existing system is taking around two hours to make decisions for the day ahead, he added. “If you do the math, that doesn’t work,” he said. The gas generators need more time.

HIPPO seeks to shorten that to 20 minutes or less, while improving decisions too, using a cluster of high-performance computers that run solution algorithms at the same time in parallel, so their results can be combined.

The HIPPO system demonstrated its potential to open the grid to more renewables and save consumers a lot of money with its more efficient choices, PNNL said.

MISO continues to test the system against its requirements, said MISO spokesman Brandon Morris. It demonstrated “great potential,” but there is no timetable for a deployment decision, he added.

Grid operators are currently testing AI to speed analysis of grid conditions and threats, sharpen remote maintenance of critical equipment, and create closer links with consumers — particularly those who are generating and storing their own electricity.

For example, the New York Power Authority will be seeking contracts with a select group of technology companies for a range of AI computing needs, including testing cybersecurity threats and vulnerabilities, monitoring possible failures of transformers, and evaluating the potential of customers’ solar and storage projects.

Today, hundreds of alerts about equipment problems or possible cyber intrusions are streamed to NYPA analysts daily. “That takes time for humans to process,” said Ali Mohammed, director of NYPA’s digital information and transformation office. With machine learning capabilities, computers can rank alarms based on past experience, and tell operators, “Here are the top ones you should look at,” he added.

“Those models will take time to build. The initial pilot projects are designed to understand what AI and ML can offer.

Tech companies are not waiting to be asked to help.

“These technologies are more available than ever before,” he added.

New services will enable utilities to more closely subdivide or sectionalize circuits to isolate hospitals, first responders and other top-priority customers in “do not cut off” clusters, to protect them from rotating blackouts, Bates said. That capacity has become a must-do in Texas after last February’s freeze and blackout, and in California with its rolling blackouts.

“We can sectionalize down to a building. This is scalpel-like,” he added.

Intel is working with Spain’s power conglomerate Iberdrola and other European and U.S. utilities on a smart substation platform able to consolidate and analyze data from all sides — grid sensors, customer smart buildings and smart homes, and other sources.

“We’re collecting data in a way never that’s been done before, because the computer platform has never been there,” Bates said.

He sees a range of interest on the part of U.S. utilities in evolving into a new digitized grid with clean energy goals.

“There are some that are coming kicking and screaming because of mandates,” Bates said. “The most interesting ones are those that see opportunities.”