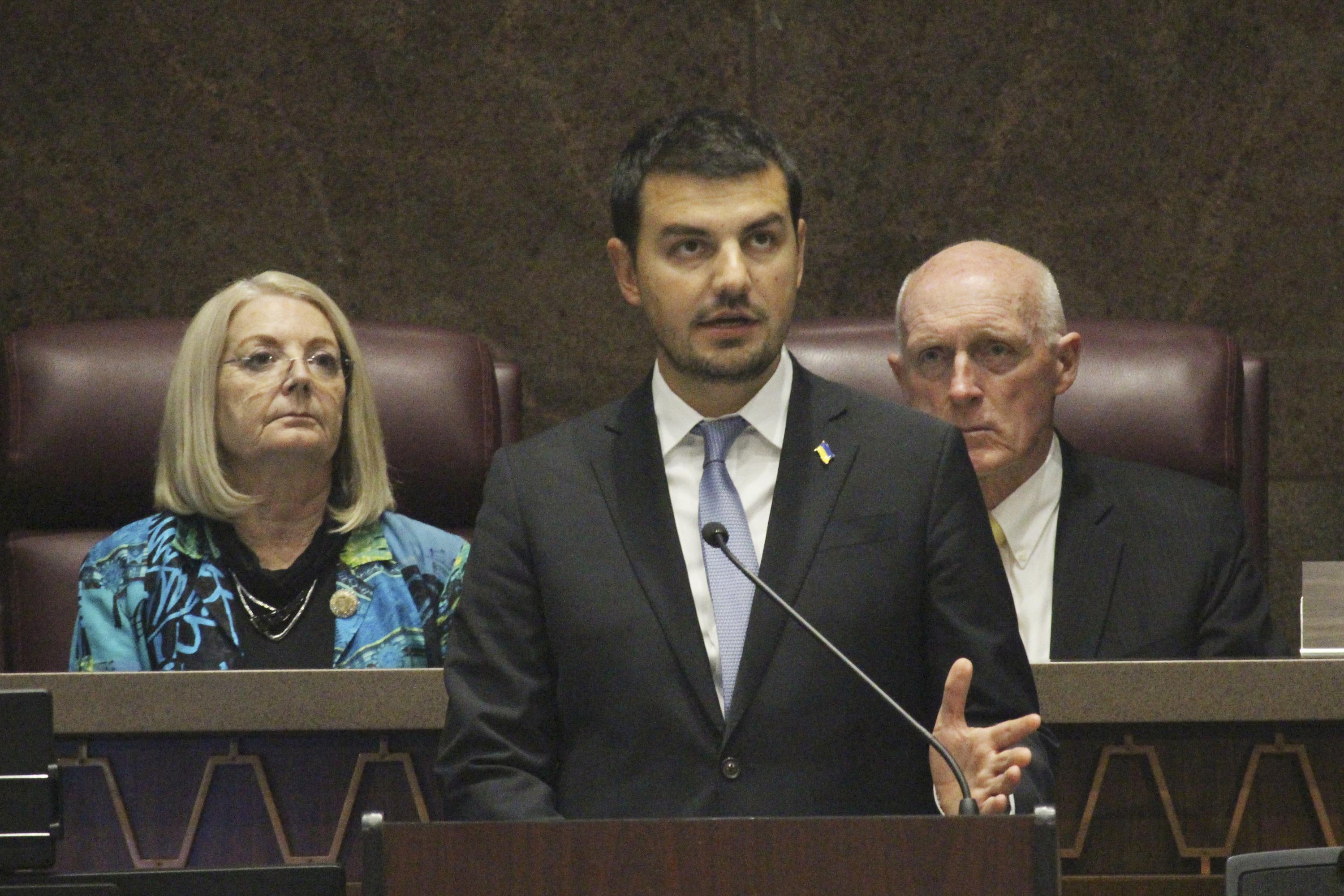 PHOENIX (AP) — A Ukrainian diplomat pleaded for the United States to send weapons to his beleaguered nation in a speech to the Arizona Legislature on Thursday, continuing the outreach by President Volodymyr Zelenskyy’s government to political and cultural institutions around the world.

Ukraine needs three things to repel Russian invaders and prevent more civilian deaths: “weapons, weapons and weapons,” Dmytro Kushneruk, Ukraine’s consul general in San Francisco, told Arizona lawmakers. He presented the war not as a struggle between East and West but as a “war for the soul of humanity,” and said time is of the essence as Russia regroups for an expected offensive on the Donbas region of Eastern Ukraine.

Prompt American help will save civilian lives, he said, and pleaded for people not to look away even as the war drags on.

“The United States cannot afford Ukraine to lose this war,” Kushneruk said. “Because if Russia was to win, then we would all live in a world where the predator states … would use force to redraw borders, and the countries and nations would again need to prove their right to exist.”

“You cannot win the war against Russia with just rifles and bulletproof vests,” Kushneruk said. He said he was speaking to state lawmakers to emphasize the importance of states maintaining strong sanctions that would deprive the Russian government of income it could use to replenish its military.

The 39-year-old diplomat was formerly posted to the United Nations and in the protocol office for Zelenskyy and his predecessor Petro Poroshenko, according to his online biography.

NATO countries agreed Thursday to ramp up the supply of weapons to Kyiv, including hi-tech arms. The U.S. says it has provided $1.7 billion for Ukraine’s defense and aid since Russia invaded on Feb. 24.

Secretary of State Antony Blinken said the United States is “looking across the board right now not only at what we provided, and what we continue to provide, but whether there are additional systems that could make a difference.”

Kushneruk’s speech continues his government’s prolific work to win hearts and minds around the world. Zelenskyy has in recent weeks appealed directly to national legislatures, including the U.S. Congress, and to the United Nations Security Council. And he spoke directly to a global audience in a taped speech aired during the Grammys last weekend.