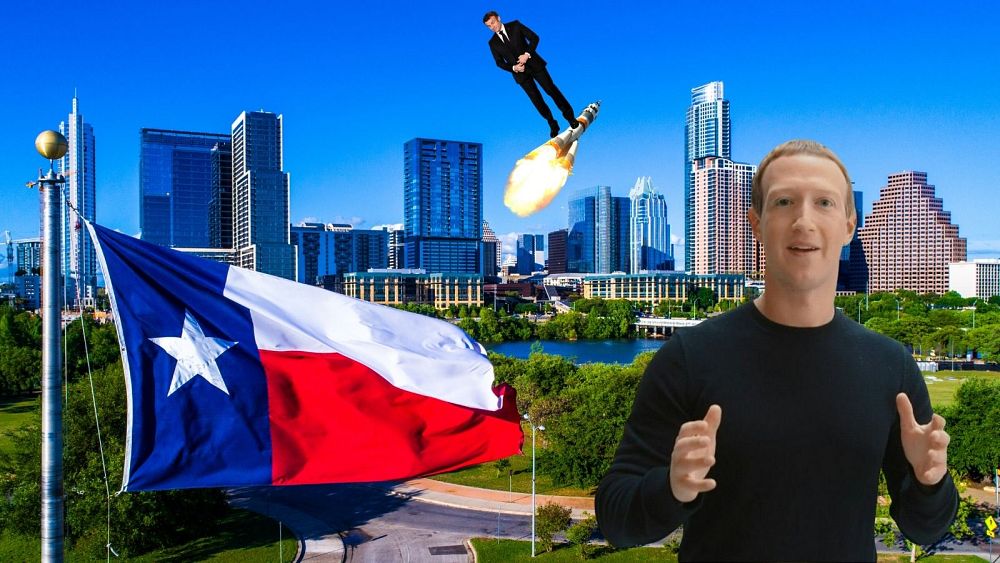 The Texas attorney general’s office sued Meta’s Facebook on Monday, alleging that the social media giant violated state privacy protections with facial-recognition technology that collected the biometric data of millions of Texans without their consent.

The lawsuit accuses Facebook of capturing biometric information from photos and videos that users uploaded without consent, disclosing the information to others and failing to destroy it within a reasonable time.

“This is yet another example of Big Tech’s deceitful business practises and it must stop. I will continue to fight for Texans’ privacy and security,” Attorney General Ken Paxton said in a statement.

The lawsuit was first reported by the Wall Street Journal, which cited a person familiar with the matter as saying that the state was seeking hundreds of billions of dollars in civil penalties.

Asked about the lawsuit, a Meta spokesperson said: “These claims are without merit and we will defend ourselves vigorously”.

The company said in a blog post in November that it was shutting down a facial recognition system and would delete more than a billion people’s information. It cited concerns about use of the technology and uncertainty over what the rules are regarding its use.

It also agreed to pay $650 million (€573.47 million) in 2020 to settle an Illinois state lawsuit that dealt with similar concerns.

The new lawsuit, which was filed in a state court in Marshall, Texas, says that 20.5 million Texans have a Facebook account.

“The scope of Facebook’s misconduct is staggering,” the lawsuit said. “Facebook repeatedly captured Texans’ biometric identifiers without consent not hundreds, or thousands, or millions of times – but billions of times”.

Macron: Europe needs to defend its sovereignty in space

Europe needs a bolder space policy, French president Emmanuel Macron declared on Wednesday, warning that Europe’s sovereignty is at stake if it falls behind rival powers in a key field for technology, science and military competitiveness.

Speaking at a meeting in Toulouse, France, Macron said recent events had shown how crucial it was to be able to monitor troop movements from orbit – a reference to satellite images showing Russia’s mass military deployment near Ukraine that raised fears of an imminent invasion.

“There is no full power or autonomy without managing space,” Macron said. “Without [it] you can’t conquer new frontiers or even control your own”.

Europe has a strong record when it comes to launching satellites for telecommunications, global positioning services and scientific research. But it has lagged behind rivals such as the United States, Russia and China on human spaceflight, having no ability to launch crewed missions of its own.

The head of the European Space Agency (ESA) last month backed calls to develop its own crewed spacecraft, although member states have yet to approve.

Macron said Europe needs to consider whether it wants to pursue that path, and if so, what the goal should be.

One option would be to follow the US in aiming for Mars, while another would be to focus on a replacement for the ageing International Space Station (ISS).

With hundreds of thousands of jobs tied to the space industry, Macron warned that Europe faces tough competition not just from major powers but also emerging rivals such as India and private companies like Blue Origin and SpaceX.

“Unfortunately they’re not European, but they took a bet,” he said, adding that the companies had benefited from significant public funding in the form of government-sponsored launches.

Macron said Europe should consider that option, too, for its home-grown launchers like the upcoming Ariane 6.

The commercial deal was announced a day after the Football Supporters Europe group praised UEFA for giving away 10,000 tickets to the Champions League final this season, with thousands of fans also able to attend the other European club competition finals for free.

Socios said it was becoming the official fan token partner of the Champions League.

Fans buying its blockchain-based tokens are to be rewarded with “VIP trips” to the season launch events, the chance to visit UEFA headquarters in Nyon, Switzerland, meetings with “legends,” match tickets, merchandise and memorabilia.

Specific UEFA tokens cannot be bought – they are only available as free “add-ons” for those who have purchased tokens for clubs Socios is in partnership with, including Paris Saint-Germain, Juventus and Manchester City.

Socios later provided further clarification, including saying the tokens will not be tradable, despite emailing a news release about the UEFA partnership that highlighted its Chiliz cryptocurrency and the exchanges.

Football Supporters Europe (FSE) said it was “appalled” by the Socios deal with UEFA.

“It is a clear attempt to monetise football’s responsibility to properly engage with representative fans’ groups and their concerns,” FSE said.

The announcement from Malta-based Socios included no disclaimers about the risks.

In England, Arsenal’s recent promotions of Socios tokens were ruled to have broken advertising regulations and were banned for taking advantage of consumers’ inexperience in cryptocurrencies.

“The vast majority of Socios investors who hold ‘fan tokens’ are crypto-speculators, not football fans”.

In Tuesday’s announcement, Dreyfus claimed the tokens enable fans “to become more than spectators and play active roles in the biggest club football competitions on the planet through fan tokens”.

Dreyfus appeared to be a FIFA guest at the Club World Cup final on Saturday. He tweeted a photo wearing a VIP lanyard and a Socios mask at the game in Abu Dhabi that was won by Chelsea.

FIFA did not respond to questions seeking comment on who invited Dreyfus and if it planned to enter into a partnership with Socios as the global governing body.