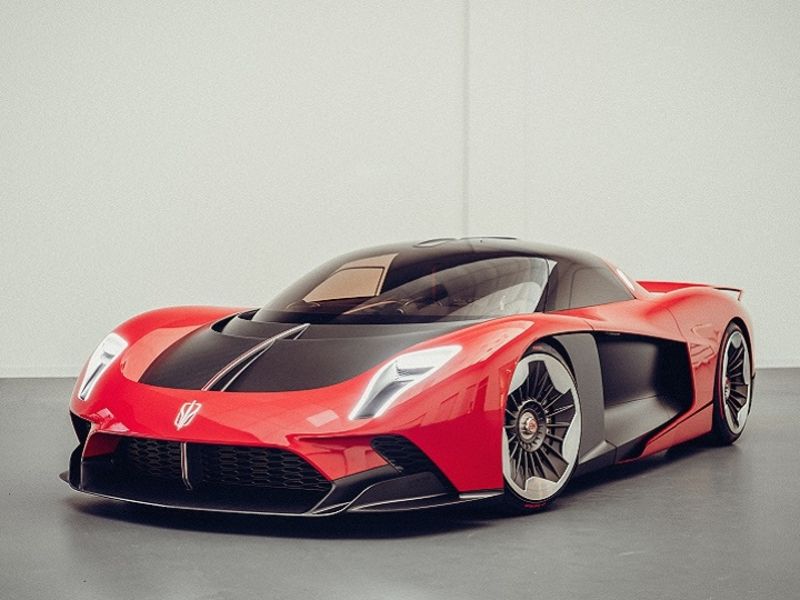 The automaker will start production of the vehicle at the beginning of 2023 in a new plant near to the Italian city of Reggio Emilia.

Construction work is expected to begin by the end of the year.

The Silk-FAW S9 has a newly developed plug-in hybrid drivetrain with a mid-mounted gasoline engine supported by an electric motor and a further two electric motors on the front axle, one for each front wheel.

The plug-in hybrid uses an 800-volt system and the pure electric range is about 20-kilometers (12.4 miles), which is good enough to make short trips into city centers, a Silk-FAW spokesperson told Automotive News Europe.

“This huge power will be managed by state-of-the-art electronic controls. We have an advanced torque vectoring system working with a rear electronic differential,” the company said. The engine also complies with Euro 7 standards,” said Roberto Fedeli, the automaker’s chief technology officer and a former Ferrari Technical Director, during the Milan presentation.

The model shown in Milan was not a production-ready version but is close in design and content to the final model, Silk-FAW told ANE.

“The S9 has a long tail as it has to reach very high speeds. Despite this, we managed to achieve elegant proportions that follow the principle of design purity,” De Silva said.

“Depending on the driving mode chosen, the driver will have access to specific features. When you are on the track, you do not need to have a layout like the one designed for city driving,” he added.

The Silk-FAW S9 hybrid is expected to cost about 2 million euros ($2.4 million), pitting it against other plug-in hybrid hypercars such as the Aston Martin Valhalla, McLaren Speedtail and Mercedes AMG Project One.

Total production of the S9 is expected to be around 400 units over three years.

“This model is our tech manifesto. Our models coming in the future will have some of the technologies from the S9,” said Fedeli.

The S9 will be the only plug-in hybrid model in the Silk-FAW lineup. All the models that follow will be full-electric only.

Silk-FAW plans to also build the S7 range in Italy, that may include an SUV, a coupe and eventually a convertible.

The smaller S5 and S3 ranges will be built in China in Changchun, where FAW’s headquarters are located, but the cars will be sold globally.

Silk-FAW is investing an initial 1 billion euros ($1.2 billion) to develop the S9 and S7, as well as building a state-of-the-art production facility and R&D center in Reggio Emilia.

Construction work is expected to begin by the end of the year and the 320,000-square-meter complex will also include a small test track.