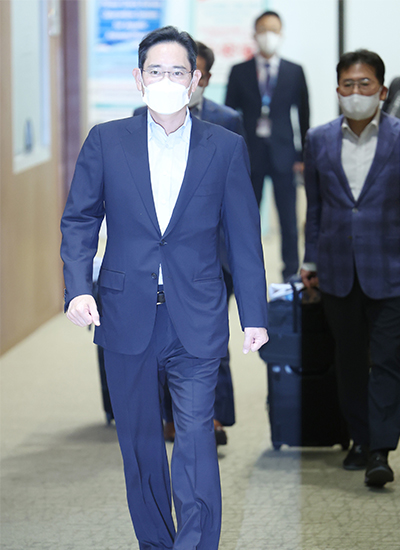 Samsung Group is expected to speed up investment and development of next-generation chips and batteries as its chief returning from a business trip to Europe emphasized on the urgent need to keep ahead in technology.

He found visits to ASML and IMEC had been most substantial during his business trip as he was able to see where the chip technology would be heading.

The head office of ASML based in the Netherlands had been his first stop. It is the exclusive supplier of extreme ultraviolet (EUV) lithography that is crucial in slicing ICs on the chips in single-digit nanometers. The second stop was IMEC, Europe’s largest R&D hub on latest chipmaking process and other latest technologies.

His stress on technology could imply expedition in migration in chip technology.

Lee confirmed uncertainties in the global market from his latest trip to Europe. The Korean tech giant has vowed to invest 450 trillion won ($348 billion) over the next five years to back its new growth engines of semiconductor, biotech and artificial intelligence.

Battery would be another focus.

Samsung Electronics will have a global strategy meeting this week, with smartphone division meeting scheduled on Tuesday, TV and home appliance on Wednesday and semiconductor next Tuesday.