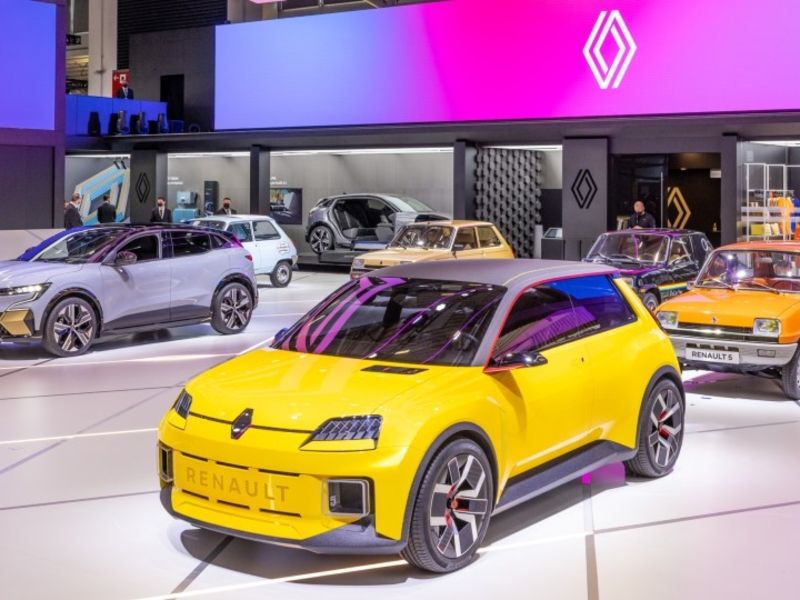 MUNICH — The Renault 5 small battery-powered car was given a public outing at the Munich auto show.

The retro-inspired  Renault 5 is one of seven new Renault brand EVs planned by the automaker.

In addition to the Renault 5, they include three light-commercial vehicles, the new Megane E-Tech Electric compact car, a compact SUV on the same platform as the Megane, and a small crossover dubbed the 4ever in a nod to the rugged Renault 4 from the 1960s and 70s.

Renault has not provided specifications for the Renault 5, but CEO Luca de Meo has said he is seeking to hit a price point of about 30,000 euros ($36,000). That figure could come down significantly with scale and advances in battery technology, he said earlier this year.

A Renault spokesman did not immediately respond to a request for a more precise start of production date for the car.

The Renault 5 will be built on the Renault-Nissan Alliance’s CMF-BEV platform, a new EV architecture that is adapted from the CMF-B platform that underpins the Renault Clio and Captur, the Nissan Juke, and the Dacia Sandero and new Jogger.

The Renault 5, which is expected to replace the long-running Renault Zoe small EV in the brand’s lineup, would face competition from several Stellantis Group models, including full-electric versions of the Peugeot 208 and Opel Corsa.

Volkswagen Group plans to roll out a number of small models on its MEB EV architecture, including from the VW, Skoda and Cupra brands, with VW brand chief Ralf Brandstaetter saying Monday that an entry-level small car based on the ID Life concept could sell for 20-25,000 euros.

EDITOR’S NOTE: An earlier version of this story misstated the launch date for the Renault 5.