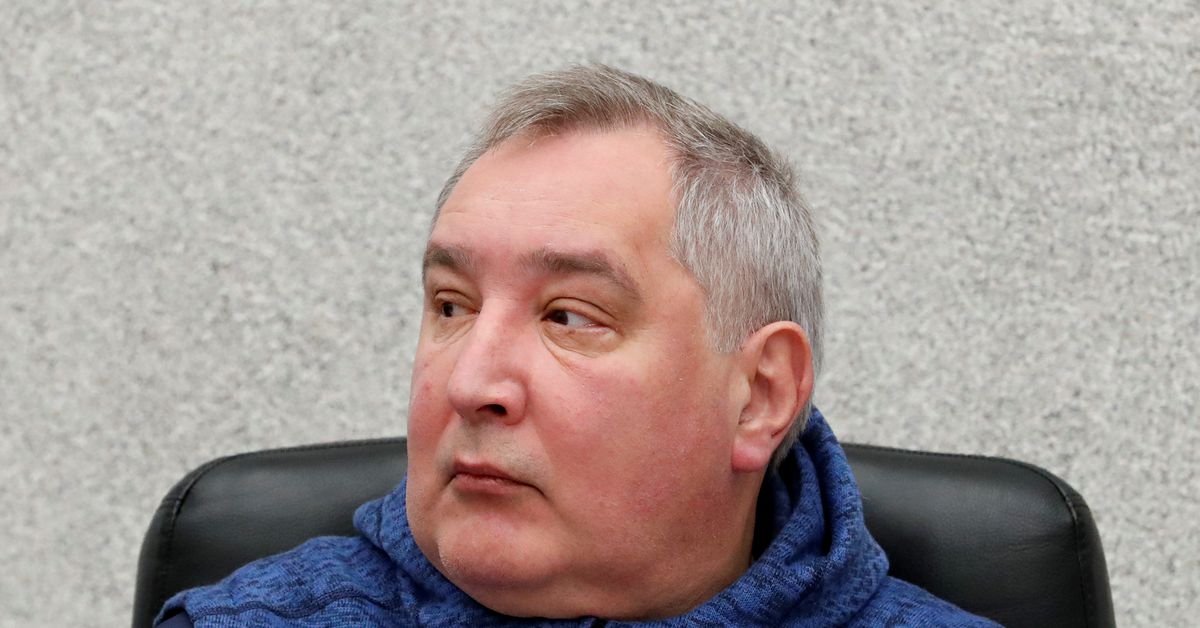 FILE PHOTO; Director General of Roscosmos Dmitry Rogozin attends a meeting of the State Commission on the eve of a mission to the International Space Station (ISS) in Baikonur, Kazakhstan December 7, 2021. REUTERS/Shamil Zhumatov/Pool

Feb 25 (Reuters) – NASA on Friday shrugged off public comments from the head of its Russian counterpart suggesting U.S. sanctions imposed against Moscow over the Ukraine crisis could “destroy” U.S.-Russian teamwork on the International Space Station (ISS).

“Do you want to destroy our cooperation on the ISS?” Rogozin asked in a series of tweets, according to a Reuters translation of his remarks. He also noted that orbital control of the space station, through periodic rocket thrusts to maintain a safe altitude, is exercised using engines of a Russian cargo craft docked to the ISS.

“If you block cooperation with us, then who is going to save the ISS from an uncontrolled descent from orbit and then falling onto the territory of the United States or Europe?” he wrote. “There is also a scenario where the 500-ton structure falls on India or China. Do you want to threaten them with this prospect? The ISS doesn’t fly over Russia, so all the risks are yours.”

Rogozin concluded his Twitter rant by urging the U.S. government to “disavow” what he called “Alzheimer’s sanctions.”

Asked for NASA’s response to Rogozin’s outburst, the U.S. space agency said in a statement it was continuing to work with all of its international partners, including Roscosmos, “for the ongoing safe operations of the International Space Station.”

“The new export control measures will continue to allow U.S.-Russia civil space operations,” NASA added. “No changes are planned to the agency’s support for ongoing in-orbit and ground-station operations.”

Apart from Rogozin’s Twitter rhetoric, longstanding U.S.-Russian collaboration aboard the orbiting research platform appeared to otherwise remain on solid footing, even as tensions between the two countries escalated over Russia’s invasion of Ukraine. read more

NASA and Roscosmos issued statements this week saying that both agencies were still working toward a “crew exchange” deal under which the former Cold War space rivals would routinely share flights to ISS on each other’s spacecrafts free of cost.

The laboratory outpost, orbiting some 250 miles (400 km) above Earth, is currently home to a crew of four Americans, two Russians and a German astronaut.

NASA said members of Expedition 66, which the current seven-member crew is designated, spent Friday studying how microgravity affects skin cells and plant genetics, as well as how to exercise more effectively in weightlessness.