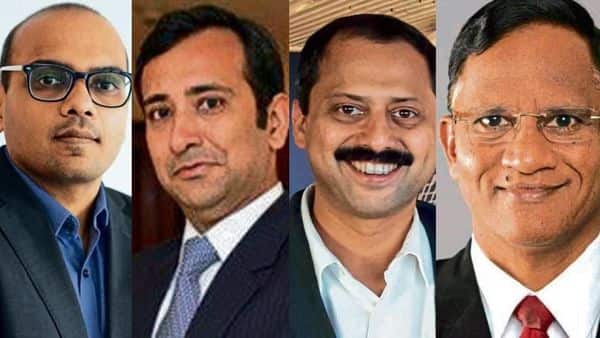 The pandemic has hindered travel, tourism, and other flows, but this is not new. Multiple crises interrupted and stalled global exchange, but it always recovered. However, things are different this time. Supply chains were transformed into global multistage production networks. This occurred in a benign environment of falling trade barriers and an implicit willingness to accept increasing interdependence and the associated risks. But the breakdown of trust, as seen now, has set the alarm bells ringing, and we are hearing voices demanding a return to domestic manufacturing, the renationalization of critical industries and so on. Against this context, it becomes imperative to ask: is this the end of globalization as we know it, specific to the manufacturing sector?

The latest dispatch of the Mint series “Winning with Anti-Fragility” looked closely at the manufacturing sector, where experts had a lot to say on what is to ensue and how industry 4.0 is proving to be the game-changer for the Indian manufacturing industry.

Raghav Ramdev, managing director, ChrysCapital, mentions that the US-China sentiment has soured relations, and China holds a good chunk of the world’s production.

He said the manufacturing sector is a focused one from an investment deployment angle. According to him, the game plan for India is to create domestic manufacturing for import substitutions and selectively target competitiveness in global exports, all of which would only be possible through local manufacturing capacity creation.

Anil Parab, head of heavy engineering at Larsen & Toubro, said his team chose to see opportunities, not threats, when the pandemic shook the manufacturing sector and utilized automation to mitigate the damage. The future of the manufacturing sector relies on the changes the industry undergoes, he says, and it requires people to foresee those changes. While trying to assess constraints, his teams discovered a lack thereof, instead found that it lay in the pre-manufacturing. He also spoke about the reform process by the Indian government, especially after the pandemic, like production-linked incentives, touting the Indian corporate tax as the “best in the world”.

However, he still feels that the sector is not maximizing the use of these reforms to do even better. Another anchor to Indian companies, he believes, is the cost of working capital, and if there were more working capital for MSMEs, the productivity would be much higher. This can be done if the government upgrades to the next level of reforms.

Milan Sheth, EVP, EMEA, Automation Anywhere, surmises that when companies compete globally, they must keep a lot of important things in mind. How could artificial intelligence (AI) be brought about in repetitive play, he asks. For example, steel companies have key aspects like sourcing, raw materials, dispatch, and coordination between plants. Could AI add more efficiency there? Scalability is also important, according to Sheth. He advocates integrating as much data must as possible. From a technology lens, it is a phenomenal opportunity to generate those insights. When bots came to India, people believed jobs would go away, but it created many new jobs. “You can’t be a manufacturing nation till you have the right supply of skills at various levels of education. Many industries like the software industry are trying to build skills at the classroom level,” he asserted.

Raviraj Rodrigues, global supply chain transformation, Alstom says his organization pioneered the use of technology in manufacturing like IoT and Cobots (collaborative robots participating intrinsically with human activities), but it was never construed as a competitive advantage before the pandemic, and this technology helped accelerate them.

It was emblematic of the fact that firms that initiated their digital transformation journey before the pandemic did well during the pandemic and were able to cope. He foresees IoT receive huge applications not only in manufacturing, but also in supply chains, connecting suppliers and understanding the real-time status of the material.

* Thank you for subscribing to our newsletter.