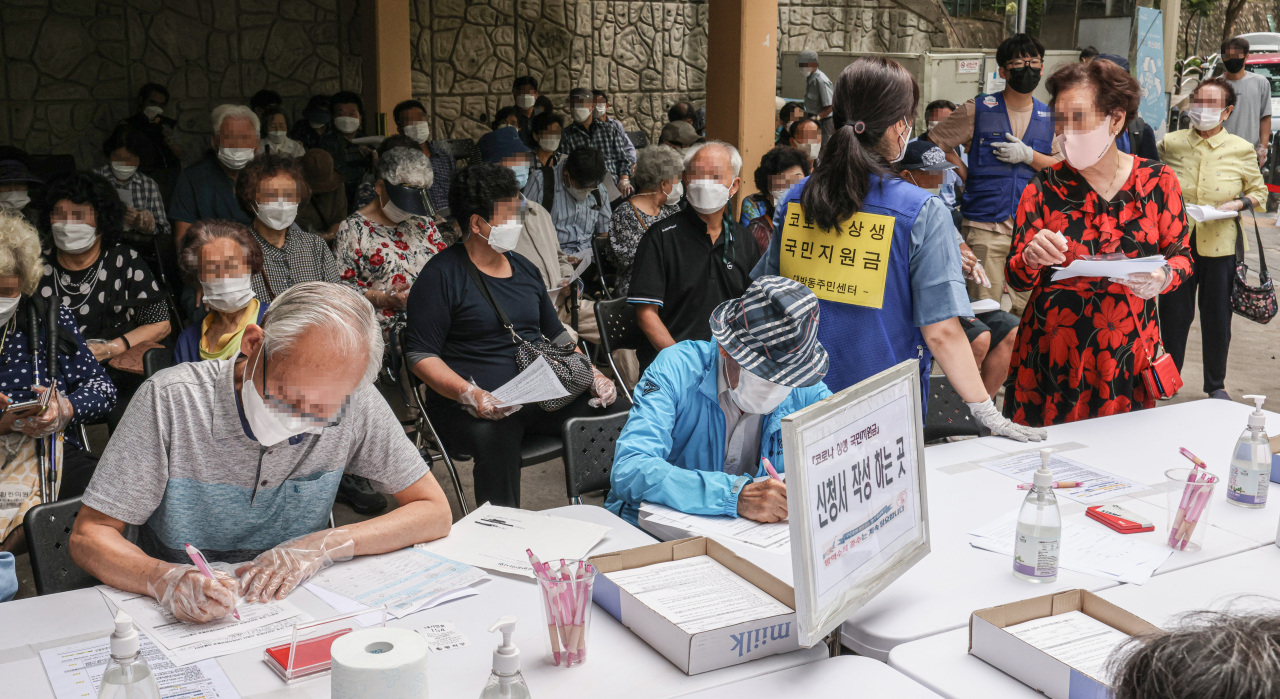 The aging population, coupled with a declining fertility rate of fewer than one child per woman, could leave Korea exposed to higher risks as rising government spending could become a less effective means of boosting nationwide productivity.

“Over the longer run, a persistent rise in public debt could pose greater risks for the rating, amid higher government spending pressures associated with an ageing population,” Jeremy Zook, director of sovereigns at Fitch Ratings, wrote in a note Monday.

“The long-term debt trajectory will depend, in part, on how the government’s spending affects productivity and potential economic growth.”

This shows contrast with Fitch’s view toward the current levels of government fiscal spending, which the rating agency expects to buttress the nation’s recovery from the COVID-19 pandemic in the near future.

The long-term view quashes perceptions that Korea‘s fiscal debt has been standing at a fairly modest level.

Korea’s ratio of public debt to GDP is forecast to stand at 47.1 percent in 2021. And the baseline projection from Korea’s government for the same figure is 58 percent by 2025.

To keep public debt levels under control, the government has proposed a fiscal rule establishing a debt ceiling of 60 percent of GDP and a fiscal deficit limit of 3 percent of GDP from 2025.

Zook said such fiscal management measures could offset the latent threats posed by the aging population.

“If there is only limited consolidation in the medium term, as the budget projects, Korea’s government debt/GDP ratio would remain on a sustained upward trajectory over the next four years,” Zook said.

“A material rise in government (debt-to-GDP ratio) could put the rating under more pressure, though this is a longer-run risk.”

Along with population aging and uncertainties of the pandemic, the forthcoming presidential election in March 2022 could be a key risk factor to Korea’s budget projection, as the conservative opposition’s victory could result in greater deviation of fiscal policy, from the ruling Democratic Party‘s pursuit of fiscal deficit and debt caps, according to Fitch.