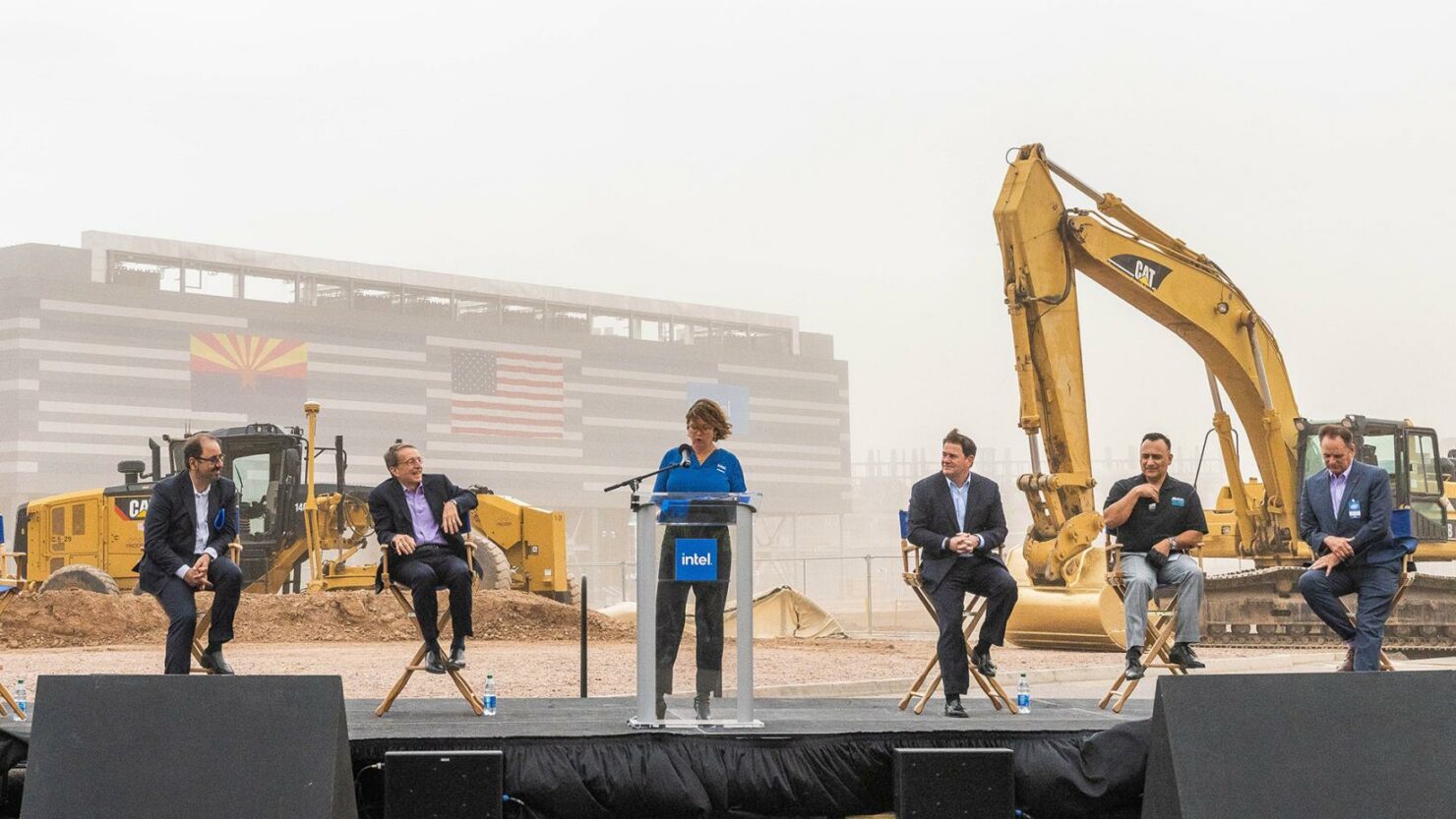 Intel appears to have begun work on future plans to compete with TSMC and Samsung on-chip fabrication by constructing two chip plants in Arizona, allowing for more capacity for manufacturing. It should also help to garner more supply surplus in the heated semiconductor market. Both plants are anticipated to be complete and operational by no earlier than 2024. Intel has monikered the two plants “Fab 52” and “Fab 62.” The location of the two semiconductor plants is near four existing plants at the Ocotillo campus, Intel’s main North American fabrication facility, in Chandler, Arizona.

Gelsinger and other representatives feel that this will create thousands of new jobs in Arizona, including close to 3,000 construction jobs as well as higher-paying and executive positions, and upwards of 15,000 various indirect positions for the North American region. Gelsinger was quoted saying that Intel will gain back its “unquestioned leadership in process and packaging technology.”

The construction of the two new fab facilities is in light of Intel’s IDM 2.0 strategy to create a new Intel Foundry Services (IFS) division for “contract manufacturing” for other businesses—a first for the tech giant.

In July, the IFS disclosed that they had secured both Qualcomm and Amazon for their first two major companies to utilize Intel’s semiconductor chips for their projects. Recently, Intel also closed a deal with the Pentagon for the beginning phases of the Rapid Assured Microelectronics Prototypes – Commercial (RAMP-C). This new program is intended to create systems utilizing chips manufactured in America.

Once operational, Intel’s two semiconductor fabs will begin production of Intel’s 20A process technology, utilizing the Gate-All-Around (GAA) transistors, as well as PowerVia interconnections for its RibbonFET variants. Intel has not divulged exactly what percentage of the two facilities would be created for IFS customers but has stated that the factories are anticipating producing a high quantity of wafers each week.

Intel leaked information earlier this year about the company’s plan to utilize up to $120 billion creating, what they are calling a “new mega-fab” in North America to compete with both TSMC and Samsung. In fact, there is a continued plan to use $95 billion to create an additional two-chip facility in Europe, amidst talks with representatives from the European Recovery and Resilience Fund.

No word has been stated about the locations in Europe for the two new sites but is expected to be revealed in the next few months.