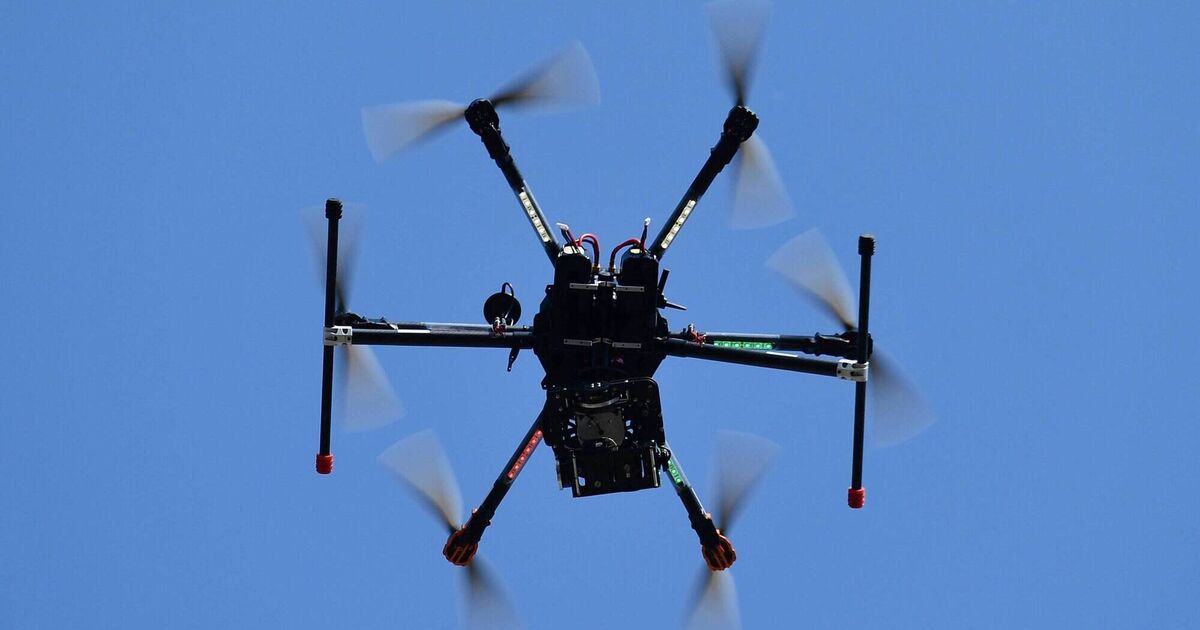 From military-grade drones to sensor systems and experimental technology, the EU and its members have spent hundreds of millions of euros over the past decade on technologies to track down and keep at bay the refugees on its borders.

Poland’s border with Belarus is becoming the latest frontline for this technology, with the country approving last month a €350m wall with advanced cameras and motion sensors.

The Guardian newspaper in Britain recently mapped out the result of the EU’s investment: a digital wall on the harsh sea, forest and mountain frontiers, and a technological playground for military and tech companies repurposing products for new markets.

The EU is central to the push towards using technology on its borders, whether it has been bought by the EU’s border force, Frontex, or financed for member states through EU sources, such as its internal security fund or Horizon 2020, a project to drive innovation.

In 2018, the EU predicted that the European security market would grow to €128bn by 2020. Beneficiaries are arms and tech companies who heavily courted the EU, raising the concerns of campaigners and MEPs.

This is a history that’s so long, as security increases on one section of the border, movement continues in another section.

Petra Molnar, who runs the migration and technology monitor at Refugee Law Lab, says the EU’s reliance on these companies to develop “hare-brained ideas” into tech for use on its borders is inappropriate.

“They rely on the private sector to create these toys for them. But there’s very little regulation,” she says. “Some sort of tech bro is having a field day with this.

“For me, what’s really sad is that it’s almost a done deal that all this money is being spent on camps, enclosures, surveillance, drones.”

Refugees and migrants trying to enter the EU by land or sea are watched from the air. Border officers use drones and helicopters in the Balkans, while Greece has airships on its border with Turkey. The most expensive tool is the long-endurance Heron drone operating over the Mediterranean.

Frontex awarded a €100m contract last year for the Heron and Hermes drones made by two Israeli arms companies, both of which had been used by the Israeli military in the Gaza Strip. Capable of flying for more than 30 hours and at heights of 10,000 metres (30,000 feet), the drones beam almost real-time feeds back to Frontex’s HQ in Warsaw.

Missions mostly start from Malta, focusing on the Libyan search and rescue zone – where the Libyan coastguard will perform “pull backs” when informed by EU forces of boats trying to cross the Mediterranean.

German MEP Özlem Demirel is campaigning against the EU’s use of drones and links to arms companies, which she says has turned migration into a security issue.

“The arms industries are saying: ‘This is a security problem, so buy my weapons, buy my drones, buy my surveillance system,’” says Demirel.

“The EU is always talking about values like human rights, [speaking out] against violations but … week-by-week we see more people dying and we have to question if the EU is breaking its values,” she says.

EU air assets are accompanied on the ground by sensors and specialised cameras that border authorities throughout Europe use to spot movement and find people in hiding. They include mobile radars and thermal cameras mounted on vehicles, as well as heartbeat detectors and CO2 monitors used to detect signs of people concealed inside vehicles.

Greece deploys thermal cameras and sensors along its land border with Turkey, monitoring the feeds from operations centres, such as in Nea Vyssa, near the meeting of the Greek, Turkish and Bulgarian borders. Along the same stretch, in June, Greece deployed a vehicle-mounted sound cannon that blasts “deafening” bursts of up to 162 decibels to force people to turn back.

Poland is hoping to emulate Greece in response to the crisis on its border with Belarus. In October, its parliament approved a €350m wall that will stretch along half the border and reach up to 5.5 metres (18 feet), equipped with motion detectors and thermal cameras.

In September, Greece opened a refugee camp on the island of Samos that has been described as prison-like. The €38m facility for 3,000 asylum seekers has military-grade fencing and CCTV to track people’s movements . Access is controlled by fingerprint, turnstiles and X-rays. A private security company and 50 uniformed officers monitor the camp. It is the first of five that Greece has planned; two more opened in November.

At the same time, Greece opened a new surveillance centre on Samos , capable of viewing video feeds from the country’s 35 refugee camps from a wall of monitors. Greece says the “smart” software helps to alert camps of emergencies.

The EU spent €4.5m on a three-year trial of artificial intelligence-powered lie detectors in Greece, Hungary and Latvia. A machine scans refugees and migrants’ facial expressions as they answer questions it poses, deciding whether they have lied and passing the information on to a border officer.

The last trial finished in late 2019 and was hailed as a success by the EU but academics have called it pseudoscience , arguing that the “micro-expressions” the software analyses cannot be reliably used to judge whether someone is lying. The software is the subject of a court case taken by MEP Patrick Breyer to the European court of justice in Luxembourg, arguing that there should be more public scrutiny of such technology.

A decision is expected on December 15.