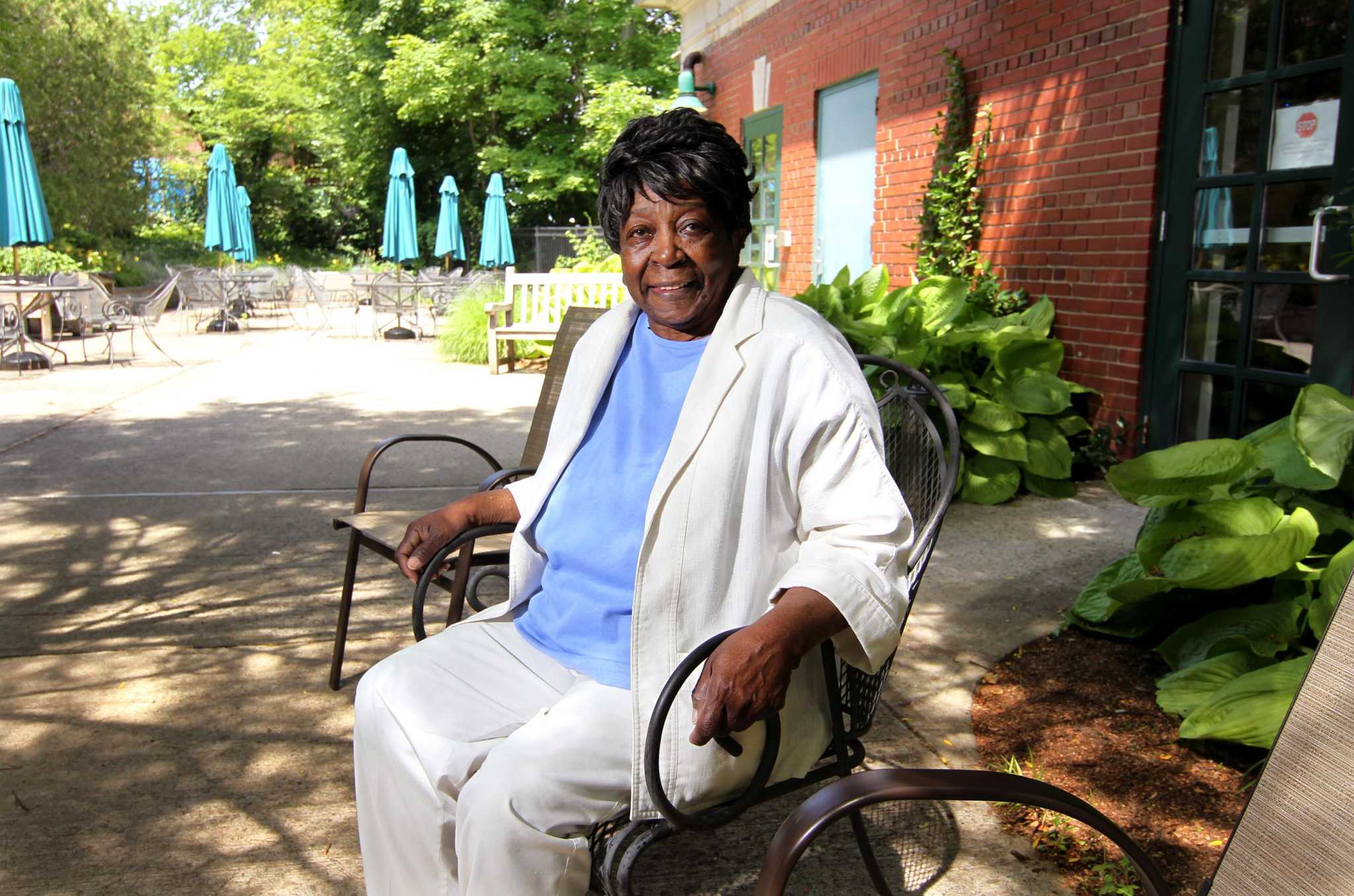 GREENWICH — Alzheimer’s disease and related types of dementia are more common in the 65 and older population in Greenwich than in other municipalities, according to a recent report that shines a light on the senior community in the state.

While many chronic diseases, such as heart disease and cancer, have decreased in recent years, the incidence of Alzheimer’s has risen in town, said Lori Contadino, director of the Greenwich Commission on Aging, which oversees the Greenwich Senior Center.

Those are among the facts detailed in the 2021 Connecticut Healthy Aging Data Report, which was released in June. The first-of-its-kind report can assist state and local leaders in shaping policy, improving existing programs and creating new services to help Connecticut’s seniors age in a more healthy and graceful manner, researchers said.

The report includes community profiles for every city and town in Connecticut. Though most of the data was analyzed before COVID-19 struck in March 2020, the numbers reveal many fundamental needs of older adults that are becoming more critical as the pandemic drags on, researchers said.

“As the population ages, it’s something that we’ll all need to think about, because there are certainly opportunities that come with an aging population, but there are also challenges,” said Beth Dugan, an associate professor of gerontology at University of Massachusetts at Boston who led the research team that produced the data report.

The data in the new report aims to help municipal leaders support healthy aging in their communities, as the U.S. inches toward an unprecedented milestone in 2030. By then, all baby boomers will be 65 or older, and older adults will outnumber children for the first time in U.S. history.

The older residents of Greenwich had lower rates of obesity, asthma, chronic kidney disease, diabetes, heart attacks, hypertension, liver disease, mental illness, and visual and mobility impairments, in comparison to the state average, according to the report.

For Contadino, the high rate of dementia has led the town to join Dementia Friends, a global movement to educate people about what it’s like to live with dementia and encourage them to turn that understanding into action. The longer a person lives, the higher their risk of developing Alzheimer’s or dementia, she said.

“But dementia is not a normal part of aging, and that’s the most important thing we reinforce in terms of our Dementia Friends program,” Contadino said.

GREENWICH – The 2021 Connecticut Healthy Aging Data Report delved into the diversity of the senior community in the town and determined that the population is overwhelmingly white.

Greenwich, which has a population of more than 62,000 people, has more than 10,500 residents age 65 or older. Of those, 1 percent identify as Black, 7 percent as Asian and 4 percent as Latino – with the remainder classified as white.

“It’s our responsibility to reach out to diverse populations that might not know that places like River House or the Senior Center exists,” said Donna Spellman, executive director of River House. “And I also believe we need to meet their needs.”

There’s widespread consensus that teachers at a school should match the racial diversity of their students, as a growing body of literature suggests outcomes in test scores, attendance and suspension rates are affected by the demographic match between teachers and student, according to Brookings.

But there’s not much discussion about a similar recommendation for older adults of color in any setting, and there’s little research about how they view race and diversity in their place of residence.

Ruby Berry, a 77-year-old Black woman from Stamford attends Greenwich’s River House three days per week. She said she stays on top of the news and is often eager to talk about current events, including race issues, with other River House participants.

“But for the most part, a lot of them don’t really want to go into a lot of details,” Berry said. Many of her white counterparts there assume she’ll hold a differing viewpoint than them and they tend to avoid deeper conversations about race and racism, she said.

But on the other hand, Berry said she also clashes with many of her Black friends, who often expect her to automatically hold the same viewpoints in debates because they identify within the same race. As a result, Berry said she sometimes finds herself “keeping her mouth shut” around her Black older adult friends. Conversations about race have strained some of her closest friendships with other Black seniors, Berry added.

While Berry said her experience would likely be different if there were more racial diversity in town, it would not necessarily make her life any easier.

“We’ve got to get a better understanding of each other,” she said. “There’s still a lot to be done.”

The 85 and older population is the fastest-growing age group in Greenwich as well as in the rest of Fairfield County. It is a trend that spurred Contadino and other local leaders in 2016 to help Greenwich become an age-friendly community.

In Connecticut, age-friendly efforts exist in only four other municipalities: Glastonbury, Bethel, Newtown and Simsbury, according to the report.

“We’ve never lived in a time where most people can expect to get old … so having people in your community who are concerned about this is a strength,” Dugan said of municipal leaders in those five towns.

Community leaders are recognizing that their current infrastructure is not conducive to allowing their older adult constituents to age in place, Dugan said. But as the population continues rapidly aging, municipal leaders will soon be spurred into action, she said.

The report also showed rates of hip fractures and glaucoma in Greenwich were among the highest in New England, which was surprising, Dugan added. But it could be a positive indication that seniors in town are screened and treated for those health issues, she said.

Greenwich, with Stamford, also ranked last in the number of seniors who had received a physical exam or checkup within the past year. (The data for Greenwich is combined with the data for Stamford, due to data sparsity, researchers said.)

Similarly, Greenwich and Stamford came in last for seniors who had dental insurance. But aging experts said the wealthier individuals in this cohort can pay for dental visits out-of-pocket, while for lower-income seniors, Medicare doesn’t provide any dental insurance.

Greenwich ranked 25th out of all 169 municipalities in Connecticut for the number of people age 65 and older who were Medicare beneficiaries and had a hip fracture, a serious injury that is often the result of a fall.

Up to 50 percent of patients with hip fractures die within six months, some reports show, and many others do not recover their former level of independence and function, according to the National Library of Medicine.

“The biggest risk factor is, individuals with hip fractures tend to go into rehabilitation facilities, skilled nursing facilities, where infection rates are higher than in the community where they would be living alone,” said Marie Allen, executive director of the Southwestern Connecticut Agency on Aging.

“Individuals almost always have to go into a rehabilitation facility for a period of rehab or physical therapy after that,” she said. “Very few people are able to leave the hospital and go home.”

Greenwich has the largest population in the state of seniors age 65 and older who have a clinical diagnosis of deafness or hearing impairment, at 22 percent, according to the report.

Alan Gunzburg, former chairman of the Greenwich Board of Human Services, who has visual and hearing impairments, said his hearing aids cost $7,500, which many cannot afford.

Lower-income individuals might forgo audiology appointments and the hearing aids they might need as a result of their diagnosis, he said.

“As somebody who has lost his vision and lost his hearing, the hearing part is worse,” the 61-year-old said. “When you can’t hear, then you’re in the room with people, but you’re so far separated.”

In all but two Connecticut communities — Bethlehem and Morris — at least 50 percent of seniors age 65 and older had four or more chronic illnesses, according to the report.

In Greenwich, that number is 57 percent of seniors, who cited Alzheimer’s or related dementia, cancer, anemia and autism as among their chronic ailments. Only 9 percent of people age 65 and older in Greenwich had no chronic health conditions, according to the report.

“What we non-seniors need to be aware of is our lifestyle now, how we live our lives, our nutrition, our fitness, our everything,” said Donna Spellman, executive director of River House, the only adult day care center in Greenwich.

“As somebody who is surrounded by seniors all day, every day, and seeing all the ailments they come in with — and I don’t mean the dementia-related diagnoses, but I mean, high blood pressure and diabetes and cholesterol issues and arthritis, others things that are chronic and troublesome. So many of those things could possibly if they weren’t genetic have been avoided,” Spellman said.

With 10,000 baby boomers turning 65 every day, she said younger individuals should focus on healthy living to avoid chronic conditions later in life and community leaders should support those who live a long list of chronic health conditions. The need easy access to transportation, doctors, supermarkets and other settings where they can meet their most basic needs, Spellman said.