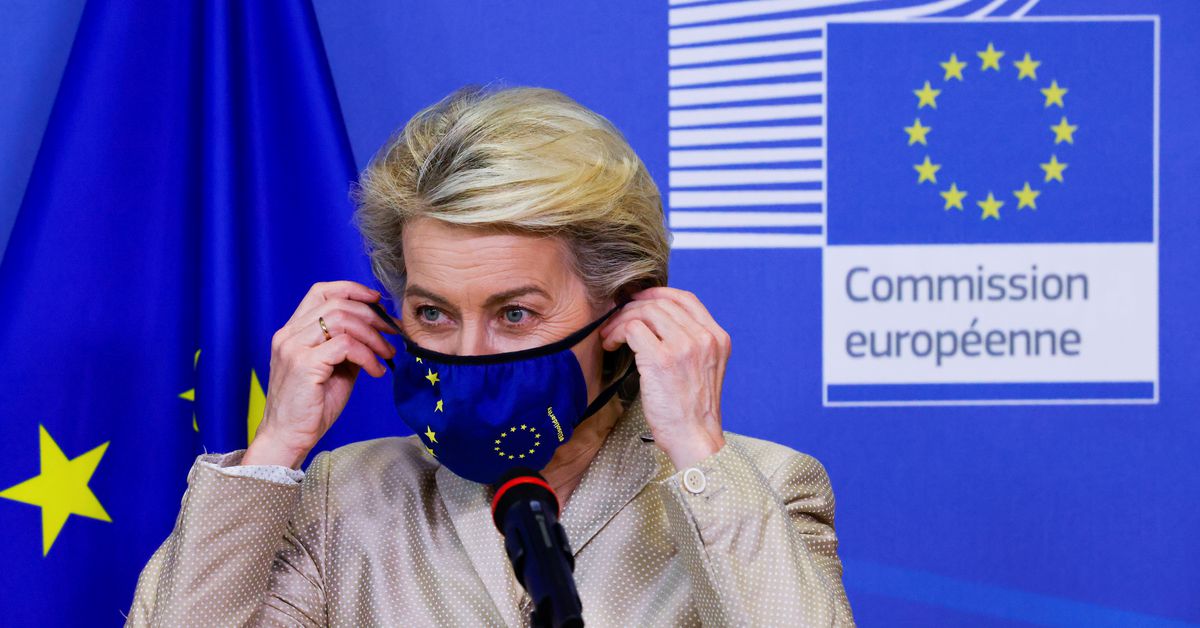 PRAGUE, July 19 (Reuters) – The European Union on Monday condemned any spying on journalists, after reports that Israeli software had been used to hack the smartphones of journalists, government officials and rights activists worldwide. read more

“What we could read so far – and this has to be verified, but if it is the case – it is completely unacceptable. Against any kind of rules we have in the European Union,” European Commission President Ursula von der Leyen said during a visit to Prague.

“Freedom of media, free press is one of the core values of the EU. It is completely unacceptable if this (hacking) were to be the case.”

An investigation published on Sunday by 17 media organizations, led by the Paris-based non-profit journalism group Forbidden Stories, said spyware made and licensed by the Israeli company NSO had been used in attempted and successful hacks of 37 smartphones belonging to journalists, government officials and human rights activists.

NSO said its product was intended only for use by vetted government intelligence and law enforcement agencies to fight terrorism and crime.

In a statement on its website, it said the information provided by the consortium’s sources “has no factual basis”.

The investigation, which Reuters did not independently confirm, did not reveal who had attempted the hacks or why.

Foreign Minister Peter Szijjarto said Hungary was unaware of the reported surveillance attempts but that he had asked the head of the Hungarian Information Office, a secret service under his supervision, to investigate.

In January 2020, Reuters reported that the U.S. FBI had since 2017 been investigating NSO’s role in possible hacks on American residents and companies as well as suspected intelligence gathering on governments, according to four people familiar with the inquiry. The U.S. Justice Department at the time restated its policy of neither confirming nor denying the existence of any investigation.

The social media giant Facebook filed a suit in 2019 accusing NSO of facilitating government hacking sprees in 20 countries, after Facebook’s instant messaging platform WhatsApp said NSO had exploited a flaw in the program to help governments spy on more than 1,400 people worldwide, including diplomats, dissidents, journalists and senior government officials.

NSO denied the allegations in the suit “in the strongest possible terms”, saying it would fight them vigorously. An attempt to argue in court that NSO should benefit from sovereign immunity failed at the first instance.