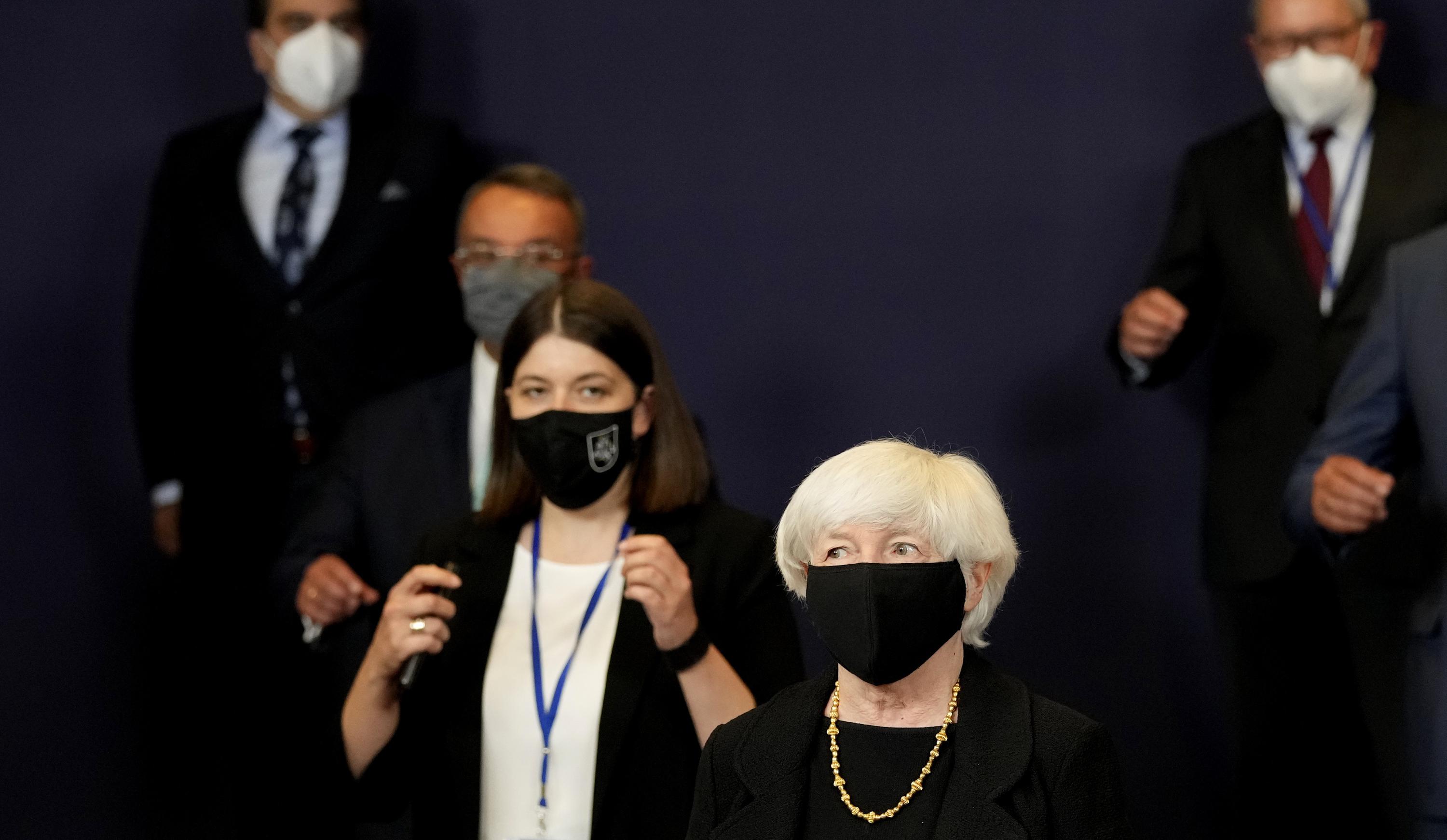 BRUSSELS (AP) — In a gesture of goodwill to the United States, the European Union on Monday put work on plans for a digital tax levy on hold for the moment to concentrate on finalizing the historic tax decision endorsed by the Group of 20 nations over the weekend.

In the face of criticism from U.S. Secretary of the Treasury Janet Yellen, the European Commission said its work on the levy that would hit American technology companies would go on ice to allow for smooth cooperation on the political and technical hurdles that still need to be addressed on the G-20 tax decision before the end of October.

“We will work together to reach this global agreement,” said EU Economy Commissioner Paolo Gentiloni. “I informed the Secretary Yellen of our decision to put on hold the proposal of the Commission of a digital levy to allow us to be concentrated, working hand-in-hand, to achieve the last mile of this historic agreement.”

Finance ministers from the G-20 major economies endorsed a global minimum corporate tax of at least 15%, a measure aimed at putting a floor under tax rates and discouraging companies from using low-rate countries as tax havens.

The global minimum proposal faces political and technical hurdles before it takes effect. Details are to be ironed out in coming weeks at the Organization for Economic Cooperation and Development in Paris, followed by a final endorsement by G-20 presidents and prime ministers at an Oct. 30-31 meeting in Rome.

Countries then need to legislate the rate into their own laws. The idea is for countries where firms have their headquarters to tax those companies’ foreign earnings at home if those earnings go untaxed in low-rate countries. That would remove the reason for using complex accounting schemes to move profits to subsidiaries in low-tax nations, and where the companies may do little or no actual business.

In addition, the EU has also tried to focus on companies that make profits in countries where they have no physical presence, such as through digital advertising or online retail. Countries led by France have started imposing unilateral “digital” taxes that have hit the biggest U.S. tech companies, including Google, Amazon and Facebook.

The U.S. calls those unfair trade practices, and has threatened retaliation through import taxes.

Germany also focused more on the global corporate tax measures agreed upon than on EU plans for digital taxation.

“The most important step is that we have an agreement on a global minimum tax and that we also have an agreement on how we better tax big high-profitable companies, including those that are active as global digital giants,” said German Finance Minister Olaf Scholz. Because of that, he said that not pushing ahead now with EU-only plans “is also a sign that we are really making the progress to get a global agreement.”

The European Commission’s announcement came as Yellen was meeting in Brussels with eurozone counterparts and high-level EU officials.