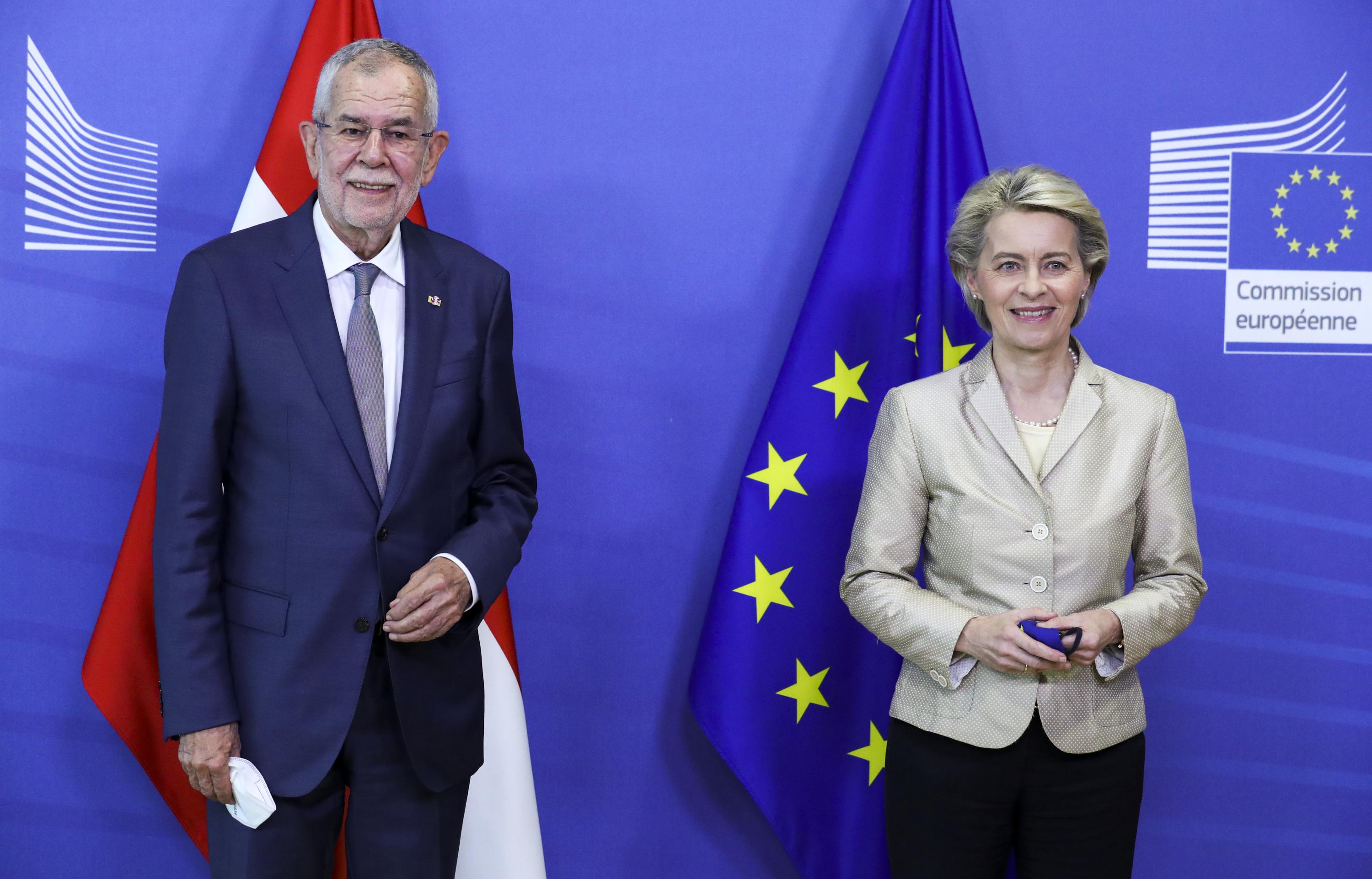 BRUSSELS (AP) — European Union nations approved the pandemic recovery plans of the bloc’s four biggest economies and eight other member countries Tuesday, a move seen as a bellwether for an economic revival from the unprecedented recession caused by the coronavirus pandemic.

The approval will allow a dozen of the EU’s 27 members to start unlocking funds for the pre-financing of projects that are intended to put Europe on more solid economic footing while also making it greener and more digitally advanced.

“EU funding can now start to flow to finance much-needed reforms and investments in each of these countries. But this is only the start,” EU Vice President Valdis Dombrovskis said.

The green light to prepare for the release of funds is a key step in an 800 billion-euro ($950 billion) support program that EU members agreed on in principle last summer when their economies were mired in the worst economic downturn of the bloc’s existence.

Tuesday’s agreement will allow the 12 nations to unlock 13% of pre-financing, perhaps as soon as the end of the month, Dombrovskis said. In the case of France, which is to get some 40 billion euros $47.3 billion from the pandemic recovery fund, that would amount to 5.1 billion euros ($6 billion.)

EU Economy Commissioner Paolo Gentiloni said the action “will boost confidence in the markets, in countries, and allow investments and reforms to start.”

After last year’s economic nosedive, EU economies are set to rebound by their highest levels in decades as coronavirus restrictions ease. They remain at risk, however, due to virus variants that are causing infections to spike again in several countries.

“As business confidence grows, investments pick up and people begin to spend more on. The economy is forecast to rebound somewhat faster than previously expected.”

Other EU members are expecting approvals of their recovery plans later in the summer although Hungary could pose a potentially divisive problem.

The EU’s executive commission is currently working past a Monday deadline to vet Hungary recovery plan amid allegations Budapest might not meet all the requirements to tap into the funds. Critics have said that corruption safeguards might be insufficient in the Hungarian plan.