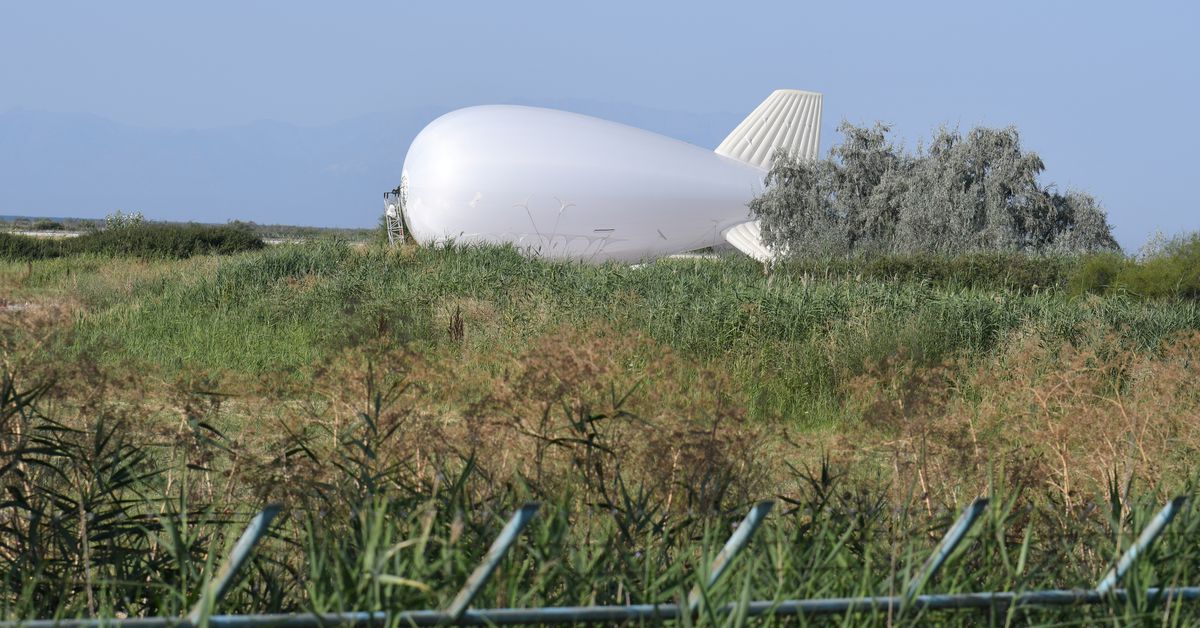 ALEXANDROUPOLIS, Greece, Aug 13 (Reuters) – The EU’s border agency is trialling new high-tech surveillance equipment to detect migrant boats, just as rapid gains by Taliban fighters in Afghanistan have raised the prospect of a surge in people fleeing to Europe.

A balloon system equipped with cameras is being tested at Alexandroupolis airport near the Greek-Turkish land border in northeastern Greece, and on the island of Limnos, with the aim of giving border officials a clearer view of approaching boats.

Planned before recent Taleban advances in Afghanistan, it is part of a wider effort that includes analysis of emerging pressures from the region.

“Of course we are observing and following the developments specifically in Afghanistan and Tunisia which might have an effect on migratory flows towards the European Union,” said Frontex spokesperson Piotr Switalski.

The integrated mix of cameras and thermovision sensors with links to ship transponders and satellite communications gives officials a real-time view of a 60 km (40 miles) circle of sea, covering 40,000 square km (15,000 square miles).

“Border surveillance in the maritime area should be greatly improved because of this innovative system,” he said.

More than 400 Frontex officials with several dozen vehicles, including some equipped with thermovision technology, as well as eight patrol vessels, are stationed in Greece, which has been on the front line of the migrant crisis.

Both the agency and the Greek coast guard have been hit by accusations that Greece has pushed back migrants from Turkey while the border agency stood by, but both have denied acting improperly. (nL1N2LR1NE]

After a slowdown last year when coronavirus lockdowns limited movement, irregular migrant arrivals into the EU through the western Balkans have almost doubled this year, Frontex said. read more

Switalski said arrivals in Greece spiked in July, with some 1,000 detections.

With 22,600 migrants found illegally entering the EU via the western Balkans from January to July, numbers are far from the levels of 2015, when more than 1 million people, mainly from Afghanistan, Syria and Iraq passed through Greece.

But what Switalski called the “tricky” geopolitical situation in the region around the EU has heightened fears of a repeat that could put welfare systems under strain and feed already strong political opposition to immigration.