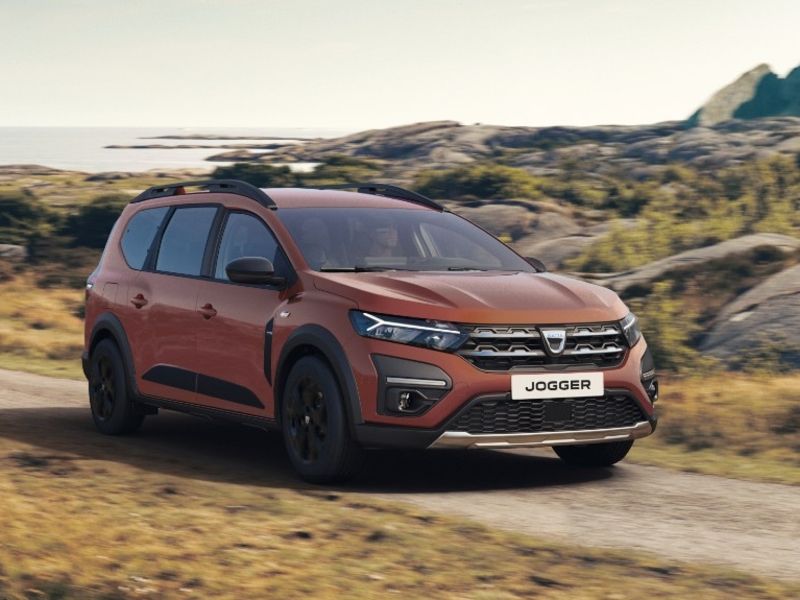 The Jogger will arrive in dealerships in February 2022, and presented to the public at the Munich auto show next week. Orders will open in November.

Available in either five- or seven-seat versions, it is set to replace Dacia’s Logan MCV station wagon, which is already no longer in production, as well as its small van-based Dokker people carrier and the larger Lodgy minivan, both of which are being phased out.

Prices will start below 15,000 euros, Dacia CEO Denis Le Vot said Friday in an online event to launch the Jogger.

It will be built on an extended version of the Renault-Nissan Alliance CMF-B platform, which underpins core models such as the Renault Clio small car and Captur small SUV, the new-generation Dacia Sandero and Logan small cars, and the Nissan Juke small SUV.

The Jogger’s CMF-B architecture features a longer rear section to create a length of 4,550 mm, making it Dacia’s largest vehicle.

The hybrid version of the Jogger will – like Renault’s full-hybrid versions of the Clio and Captur – be based on a 1.6 liter four-cylinder gasoline engine. The E-Tech system uses two electric motors, a starter motor and a drive unit, that are controlled by a clutchless “dog box” transmission.

Dacia did not release horsepower figures or a sales price for the hybrid version, but the drivetrain produces 140 hp in the Clio. Dacia said it will be “the most affordable seven-seater hybrid on the market.”

Renault says the E-Tech system allows for 80 percent of urban driving in electric-only mode, and for a total fuel savings of 40 percent compared with a comparable gasoline drivetrain.

The Jogger will initially be available with a 110 hp 3-cylinder 1.0 liter gasoline engine and a 100 hp multifuel LPG powertrain.

Renault Group is aiming to make a push in the compact segment in Europe, which includes models such as the Volkswagen Golf, and reduce its dependence on smaller vehicles with lower margins, mirroring a strategy followed by rival PSA Group, now Stellantis.

CEO Luca De Meo has looked to give Renault, Dacia and sports car brand Alpine more distinctive identities within the automaking group, at a time when competition in electric vehicles is heating up globally. He has also combined Dacia and the Russian brand Lada into a single business unit, which Le Vot heads up.

Future Dacia and Lada models will be developed in tandem, starting with the Dacia Bigster compact SUV. A Lada version will likely be called the Niva.