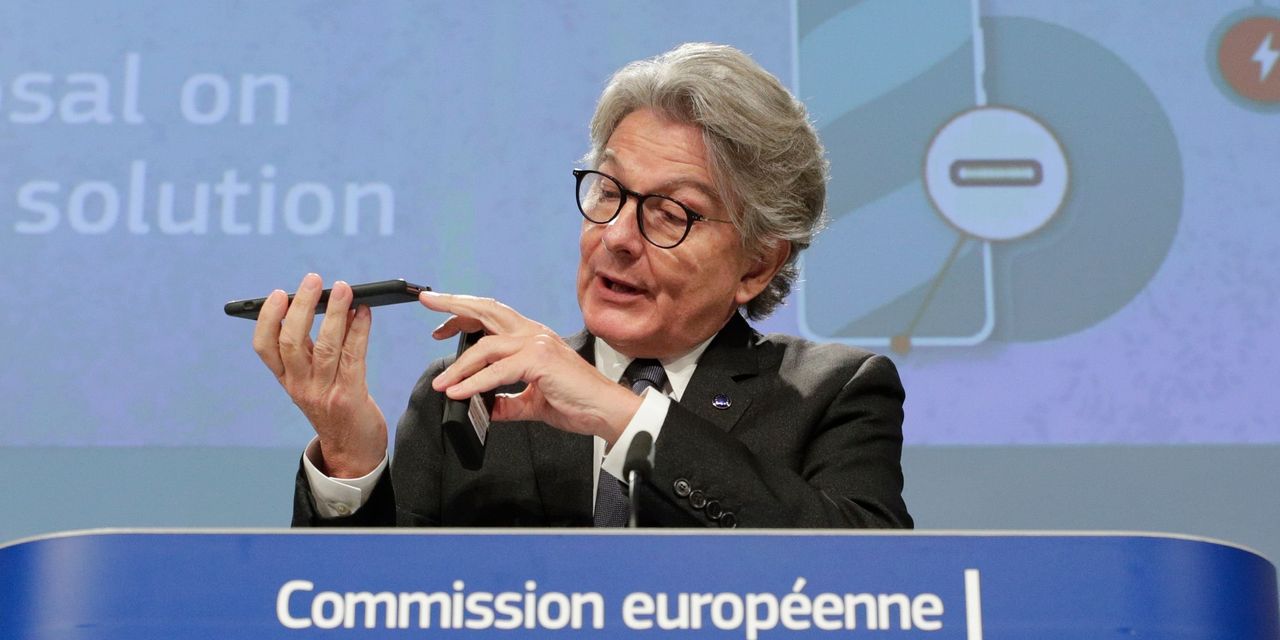 The European Union proposed a bloc-wide common charging standard for smartphones and other electronic devices, a move that, if adopted, would effectively bar the use of Apple Inc.’s unique “Lightning” charging port now used for all of its new smartphones.

The proposal calls for all electronics sold in the EU to use the same type of charging port, the so-called “USB-C” format, which is already widespread among laptop computers, Android phones and many other non-Apple devices. Some Apple Mac computers have USB-C chargers but its iPhones don’t. They would have to be redesigned to comply with the proposed regulations.