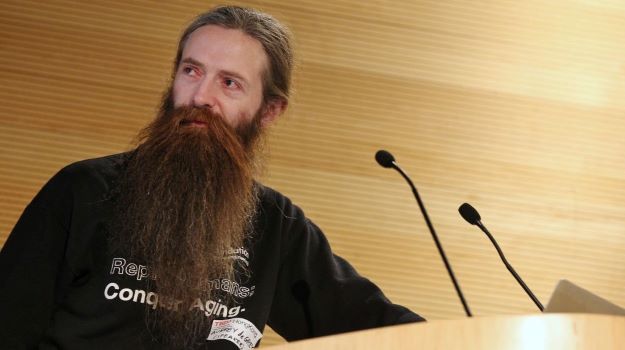 On Sunday, the foundation issued a statement that announced its decision to part ways with de Grey. The foundation said an investigation into de Grey’s conduct began in June. Recently, de Grey reached out to one of the participants in the investigation via email, which the foundation’s board of directors took as an attempt to “apply pressure” on that individual. As a result, the SENS Research Foundation board unanimously and with what it called “heavy hearts” decided to part ways with de Grey immediately.

“We cannot overstate how deeply Dr. de Grey has shaped this Foundation since its founding; his impact on the SENS Research Foundation is indelible. This separation is not a decision we took lightly. It was, however, necessary,” the board said in a statement.

Allegations against de Grey were made public earlier this month. Celine Halioua, founder and chief executive officer of biotech startup Loyal, made allegations against de Grey in a blog post earlier this month. Halioua said that while she worked as an intern at SENS in 2016 she was “paraded” in front of the foundation’s donors. Later, she claimed that de Grey made inappropriate comments to her. As BioSpace previously reported, Halioua wrote that de Grey told her she was a “glorious woman” who had a “responsibility to have sex” with donors to SENS.

Additionally, she charged that another executive at SENS harassed her “so severely that I eventually dropped out of my Ph.D. to escape him.”

Halioua wasn’t the only one to raise allegations against de Grey. Laura Deming, the founder of the Longevity Fund, claimed that de Grey would talk to her of his “adventurous love life.”

De Grey has denied the harassment claims. In public posts, he has suggested the two women were deceived “setup” by someone else to supposedly bring him down. In a Facebook post this weekend, de Grey admitted he reached out to Halioua through a mutual friend “to impress upon her that information in her possession that would identify the true guilty party/parties should be divugled (sic), somehow, as soon as possible, so that she would not appear to be hindering the investigation by protecting that person.”

In his Facebook post, de Grey included what he said was the text of the email to the mutual friend, which includes the phrase that Halioua’s career is “absolutely over as things stand.” But he then goes on to say her career will be fine because he’s a man of honour (sic) “who refuses to let somebody… be burned at the stake while an actual villian (sic) gets away scot free and is thereby emboldened.”

He said his email was an attempt to get Halioua to divulge information regarding the alleged unnamed third party who has attempted to “set up” de Grey. Regardless, the email was seen by the independent investigator as an attempt to influence the investigation in de Grey’s favor, which resulted in the termination.

De Grey closed his Facebook statement suggesting he is in a position to launch another anti-aging foundation and proceed “as if nothing had happened.” But he noted that is not his plan. The plan, de Grey said, is “to get the truth known, my foundation back, and the bad actors excised from our community.”

The investigation remains ongoing. The board said it will provide updates if and when it is appropriate to do so.