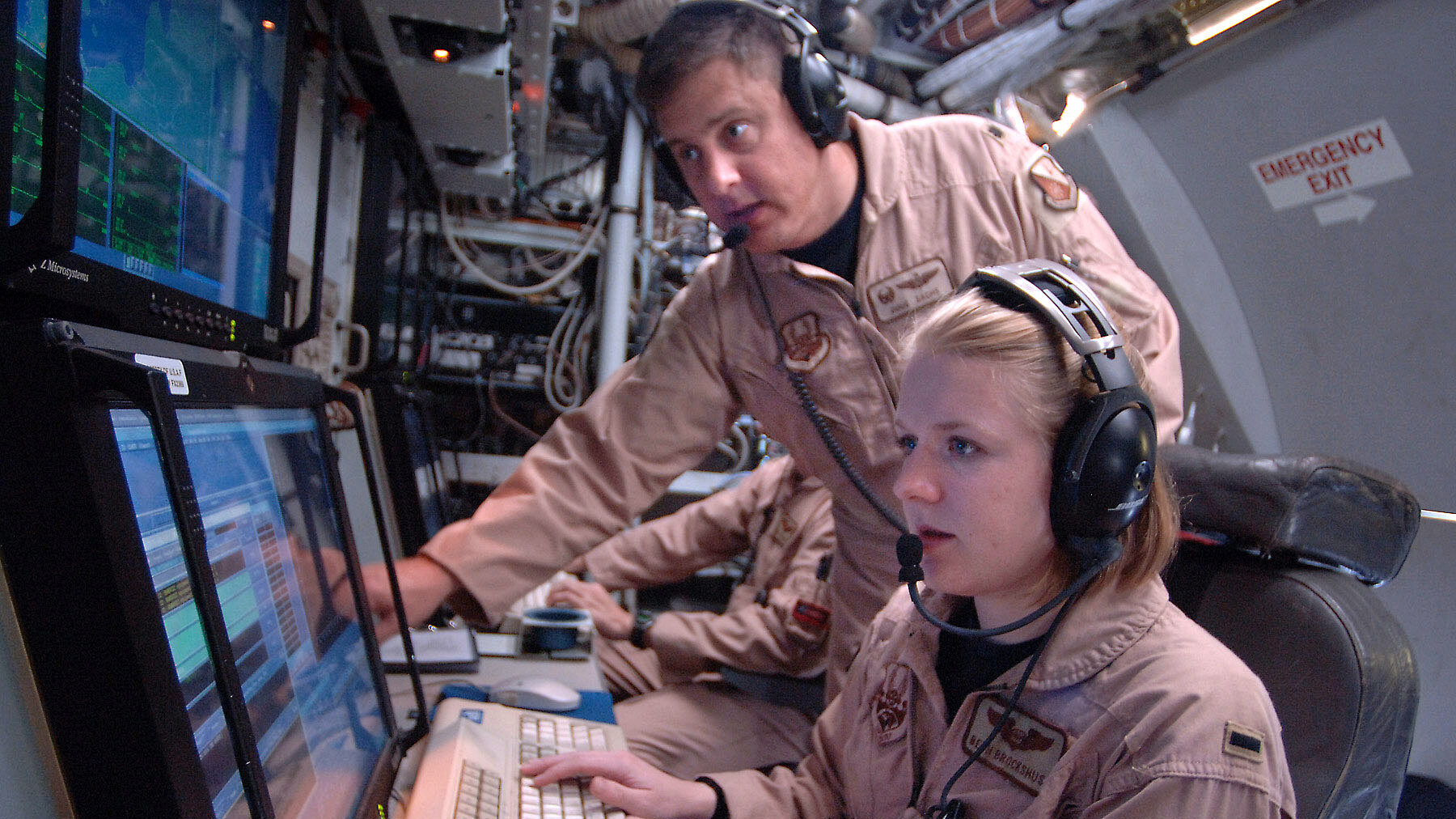 Clark acknowledged that electromagnetic spectrum operations (EMSO) is a domain the US neglected for a long time, while warning of dire consequences for US warfighters if a concerted effort is not made to advance capabilities in this domain. Clark urged the audience, which included industry heavy hitters, to bring forth solutions and said EMSO cannot be ignored.

“[The electromagnetic spectrum is] like the oxygen that surrounds us right now. You don’t have a choice. You are in it,” he said.

Clark’s urgent call underscores what some experts recognize as “the most important environment to modern warfare,” even while EMSO remains the “most unheralded warfighting space.”

The EMS enables a broad range of military capabilities, from communications, signals intelligence, and command & control to sensing, navigation, and targeting. Yet, “In many ways, it’s the forgotten domain because we can’t feel it like the land or experience it like we do cyberspace on the computer,” as Hudson Institute Senior Fellow Bryan Clark put it this spring.

Brig. Gen. Clark acknowledged that electromagnetic warfare (EW) has evolved, and while the US stalled in this domain, adversaries have improved their capabilities. This presents the US military with new challenges.

“Gone are the days when we know what the threat is, we have a library [of countermeasures], and we have a few buttons to press to protect us,” Clark said.

In apparent recognition of this fact, the Defense Department made an effort to accelerate capabilities in this domain, first by releasing the 2020 Superiority Strategy in October and then in July, when Defense Secretary Lloyd Austin signed the strategy implementation plan.

Clark then moderated a wide-ranging panel discussion with industry engineers/executives around these attributes, some of which are highlighted below.

Jerry Wohletz, VP/GM of electronic combat solutions at BAE Systems, noted that AI/ML is “now all the rage” in EW. That’s partly because AI/ML is well-suited to taking large datasets — like those gathered from the EMS — and pulling out patterns in the data.

Wohletz noted that the US’s adversaries are increasingly trying to conceal their intent in the spectrum, which means many pilots will only meet adversarial tactics, techniques, and procedures once in a contested environment. Given this reality, Wohletz said it’s important to be able to use AI/ML for parsing data and intel in real time to make decisions.

To analyze all that data and respond, the military needs cutting-edge tools, which can be brought to bear more quickly if the military and industry adopt open systems.

“Building open systems is difficult,” Gerald Gerace, chief scientist in the electronic warfare division at Leidos, said, but it can be easier to build new systems that are open than it is to open older, closed systems.

To this end, Gerace said the military should consider three things about developing open systems. The first is to think about the spectrum as a service, much like the popular software-as-a-service model for apps. In the EW context, pilots must be able to “move across the spectrum at will and change the bandwidth at will,” he said.

The second is to design open architectures that can provide “plug-n-play capabilities.” This will broaden the number of people in the military and industry who can develop new capabilities and get them quickly and efficiently fielded.

Similar to Gerace’s points, L3Harris Technologies VP of Strategy and Business Development Anthony Nigara said the military and industry should work together to build an ecosystem, wherein people can develop new capabilities without being locked out by propriety systems.

Nigara used the analogy of app developers, who can focus on software features and functionalities without having to learn a completely new set of, for instance, internet protocols every time they set out to build a new app.

Nigara also advocated for standardized interfaces, “so anyone can develop those capabilities and plug them in at the time of need” with “little barrier to entry.”

Shifting Mindset from Cyber vs. EW to Combined Cyber-EW

In a broader sense, the industry leaders discussed a fundamental change in mindset. Cyber and EW are sometimes thought of as being distinct, but Gerace said it’s “natural to unify” the two. Mysteriously, he said, “There’s ongoing work in that area, but I can’t say much about it.”

Gerace did note that, of course, operations against a radar are different than those against a computer, but the goal is similar in that “You just have to find and go against mistakes the adversary made in their systems.”

Nigara highlighted that cyber and EW should be seen as a “merged capability,” explaining, “We have to think of them as one and the same along the same continuum. It’s really just about timescale.”

Of combined cyber-EW, Wohletz said, “We’re already there. It’s just a different technique. It’s just a matter of programming it into the system.”